- Impact the climate when you can, where you can

- Leave no one in the dark

Byteblocs International is the story of preserverance and a belief that anything is possible. It is the story of having the heart in the right place and a desire to make a genuine difference. In 2002 the former Sergeant of the Royal Guards, Jakob Munkgaard Andersen became an Engineer against all odds. From a working class background and the first in his family to graduate from High School, he passed Engineering College and started an Engineering Carrer in the lighting industry.

Jakob Andersen was introduced to LED Lighting in in 2002 and together with Design Manager Hans Falleboe of Louis Poulsen Lighting and Professor Paul Michael Petersen of the department of Photonics Engineering at the Technical University of Denmark, Jakob Andersen was one of the first persons in the world, to push the LED lighting technology out to the private conmsumer.

Through his career Jakob Andersen has held positions as CTO, R&D Manager, Project Director, Logistics & Quality Manager and Senior Business Developer. After numerous years in positions with a global outreach, he eventually was recruited by the Technical University of Denmark as Chief Scientific Officer, CSO. His role was to safeguard the quality of the products and technology in the growing danish LED industry and to build consumers trust to the LED products of the Danish Companies.

With a desire to pursue the technological findings and visionary ideas he had helped to foster, Jakob Andersen helped to start several start ups within LED and Smart City solutions.

To ensure that business was conducted to his satisfactory, Jakob Andersen made the decision to found his own company run to the fullest in the spirit of the founder and with the aim of making an honest and genuine impact within technology, health, education, communications and economy in rural areas of the world, Jakob Andersen sees the potential to make an impact in areas in need of lighting, internet and environmental actions in terms of energy reduction and implementation of solar solutions and sustainable energy in general. Therefore he has established Byteblocs International as a personally owned company- with no investors and no funding partners in management.

With the technology, developments and inventions he created and accumulated through the years of research and development, he has started to approach the opportunities and markets in need of technologies with the field of LED Lighting, Wi-Fi, internet connectivity, LoRaWAN IoT networks and the derived services within health, eductaion, economy, leisure, sports, safety, security, business, social matters  and entrepreneurship. 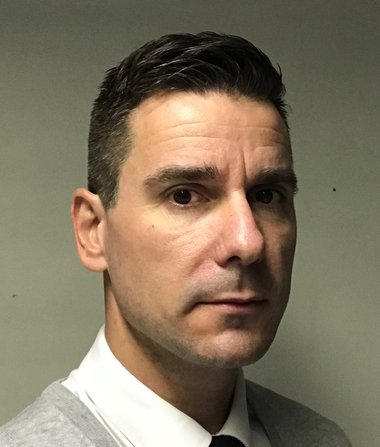 Born in Glostrup, Denmark in 1974, Jakob Munkgaard Andersen grew up determined to join the Danish Military.

At age 20 he enrolled The Royal Guards Regiment and served as a Sergeant untill 1996. At age 21 he was in command of guarding the Danish Royal Family, holding more responsability than many people hold in a lifetime.

Development Engineer, Inventor, Co-Inventor, Researcher, Speaker, Author and Founder and Co-Founder in and of various Start Up Companies.

Former Chief Science Officer of the Technical University of Denmark.

Currently Founder, Owner and CEO of Bytebloce International and Senior Business Developer of the Office for Innovation and Sector Services within  Technology Transfer at The Technical University of Denmark.

Jakob Munkgaard Andersen is the founder and sponsor of the Byteblocs International;

The prize is an annual prize given in partnership with with the West African Development Bank (BOAD) for best start up company within Sustainable Energy in UEMOA.